a play by Lila Rose Kaplan, directed by Risa Brainin 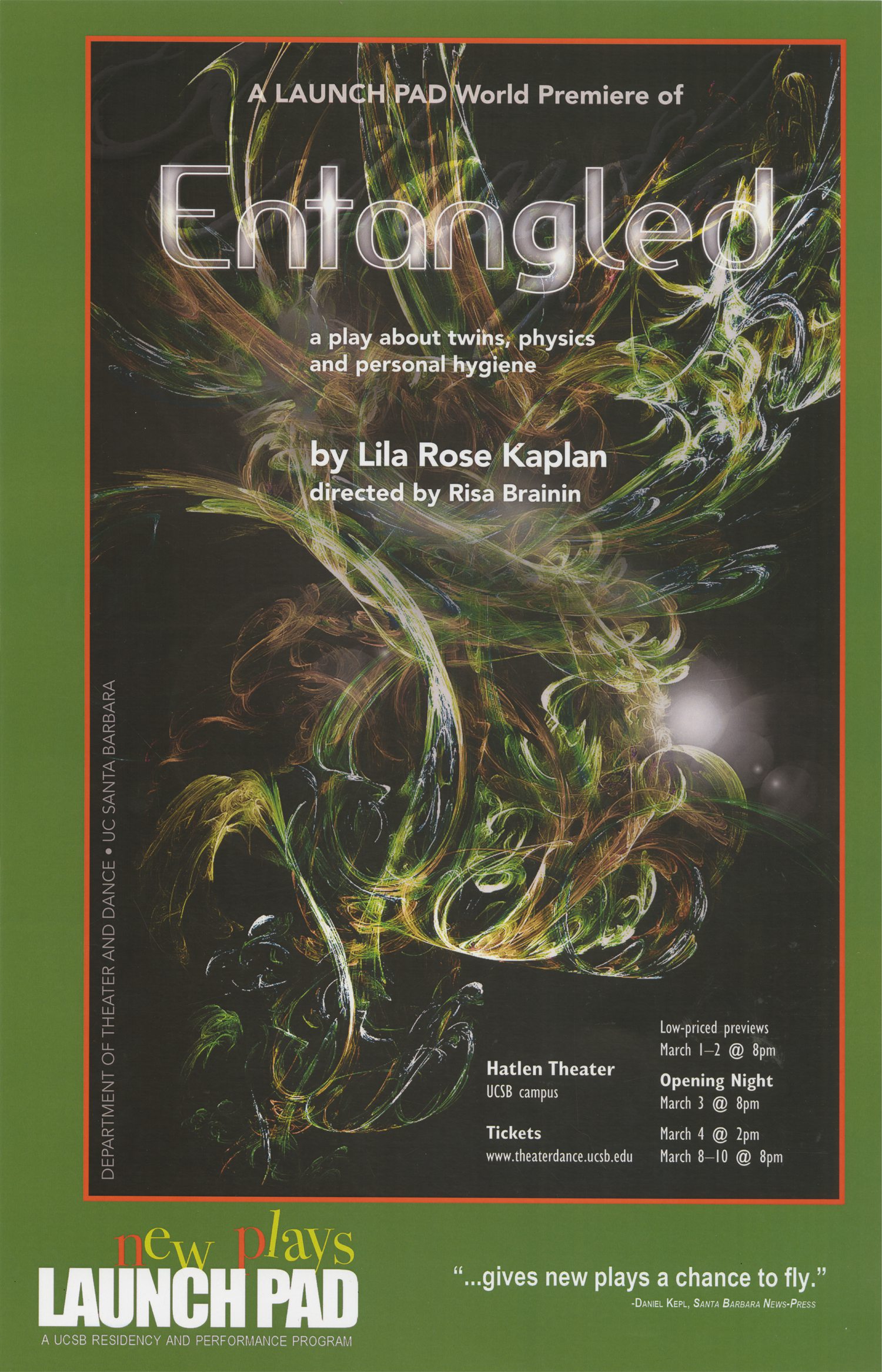 The new fall term is starting at Twins Academy, a boarding school for exceptional twins. The school's dance instructor, Leigh, learns that her long-estranged twin sister, August, has returned to teach physics at the academy. August's eccentric lessons on entanglement* pull their students into the family rift. Entangled examines the highs and lows of breaking apart and coming back together again.

*Entanglement is a term used in quantum theory to describe the way that particles of energy/matter can become correlated to predictably interact with each other regardless of how far apart they are. Einstein called it "spooky action at a distance."

Lila Rose Kaplan's plays include Entangled, We All Fall Down, 100 Planes, Wildflower, Bureau of Missing Persons, Tink, Catching Flight, and Biography of a Constellation.  Her plays have been produced and developed by Second Stage, Arena Stage, The Kennedy Center, Ensemble Studio Theatre, La Jolla Playhouse, Chalk Rep, Perishable Theatre, Mixed Blood, The Camden Fringe Festival, New Dramatists, Old Vic/New Voices, PlayPenn, and The Lark among others.  Lila Rose is the recipient of The Kennedy Center's National Science Award in Playwriting, The Shank Playwriting Fellowship, an EST/Sloan Foundation Fellowship, and the I.J. Kapstein Award in Playwriting.  Dramatists Play Service published Lila Rose's Off-Broadway debut Wildflower.  In 2009, Lila Rose was in residence at Cornerstone Theatre Company in Los Angeles.  In 2010, she was the first Playwright-in-Residence at the Kavli Institute for Theoretical Physics at UC Santa Barbara.  In 2011, Lila Rose was one of a few playwrights chosen to participate in the Old Vic/New Voices T. S. Eliot Exchange in London and New York.  Lila Rose teaches and is an Artist-in-Residence at UC Santa Barbara and Westmont College.  She is a graduate of Brown University and she received her MFA in Playwriting from UC San Diego, where she studied with Naomi Iizuka.  She belongs to the Dramatists Guild of America and The Playwrights Center.  Lila Rose is a proud founding member of The Playwrights Union in Los Angeles.

To view a complete gallery of photos from Entangled and those for our other LAUNCH PAD Preview Productions please visit the show's album on our Facebook page!