a Noozhawk Article about the production

a play by Alison Tatlock, directed by Risa Brainin 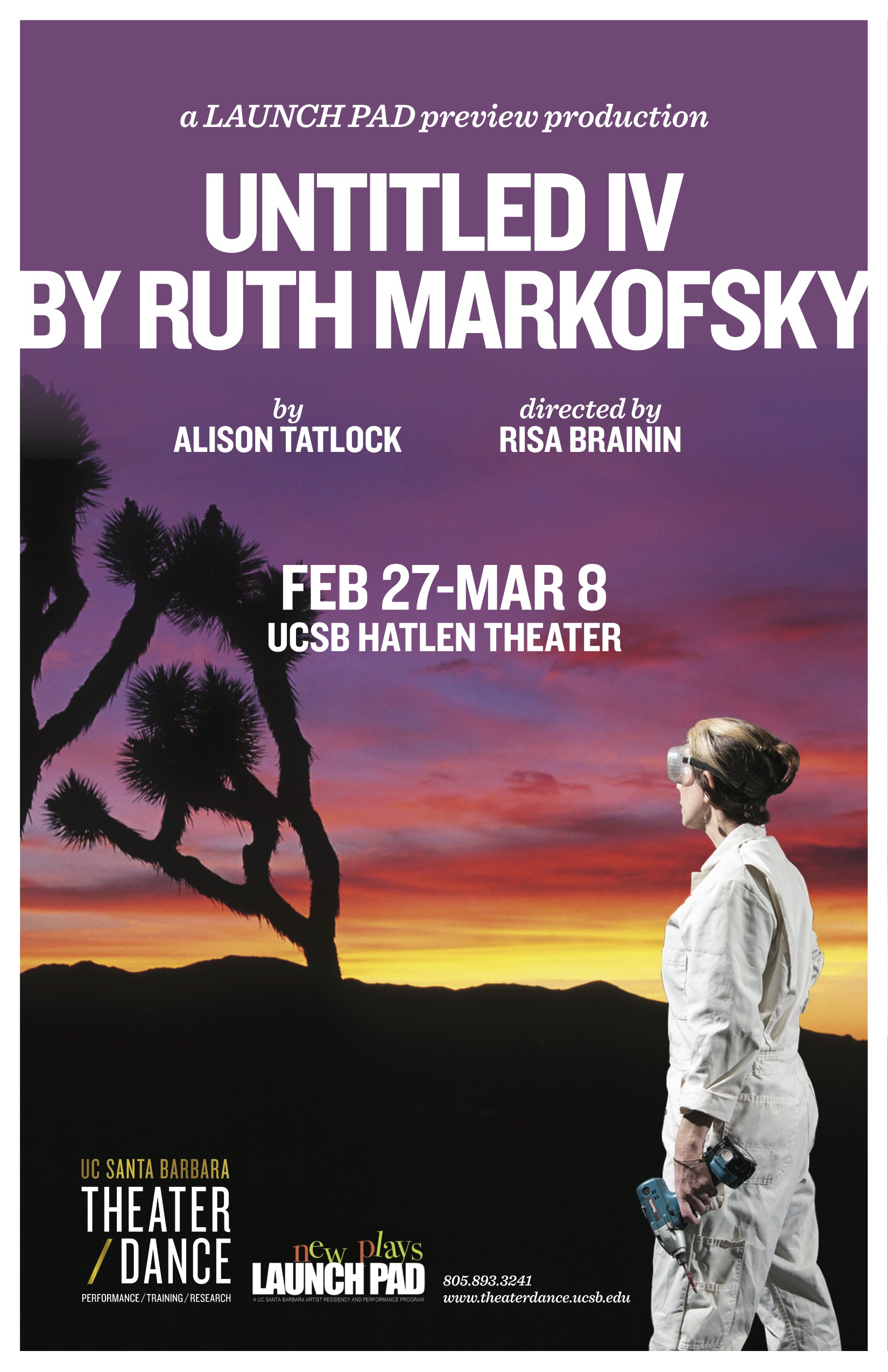 Untitled IV by Ruth Markofsky is about place and family – the kind we’re born into, and the kind that we build, sometimes haphazardly. At the center of the story is Ruth, a Boston native, who settled in Joshua Tree, CA to make a life for herself and her young son, adopted from Ethiopia. A well-known artist struggling with a big loss, Ruth gathers an eclectic group of characters around her as she reveals her new work and her old wounds. The play is both sad and funny, as the characters argue about addiction, death, motherhood and violence – and if it’s really bad to put plastic in the dishwasher.

Alison’s play The Shore received workshops at the Pasadena Playhouse and the Vineyard Playhouse featuring Ted Danson and Mary Steenburgen and was produced by Ensemble Studio Theater in Los Angeles. Her play The Catch was developed at New York Stage and Film and EST-LA. Alison wrote the Debra Winger storyline for the critically acclaimed HBO drama In Treatment starring Gabriel Byrne. Her screenplay This is Jane is in development with Julie Lynn who produced Albert Nobbs. Alison currently writes for the new ABC series Betrayal. Other TV credits include A Gifted Man starring Patrick Wilson and Last Resort starring Andre Brauer.

To view a complete gallery of photos from Untitled IV by Ruth Markofsky and those for our other LAUNCH PAD Preview Productions please visit the show's album on our Facebook page!