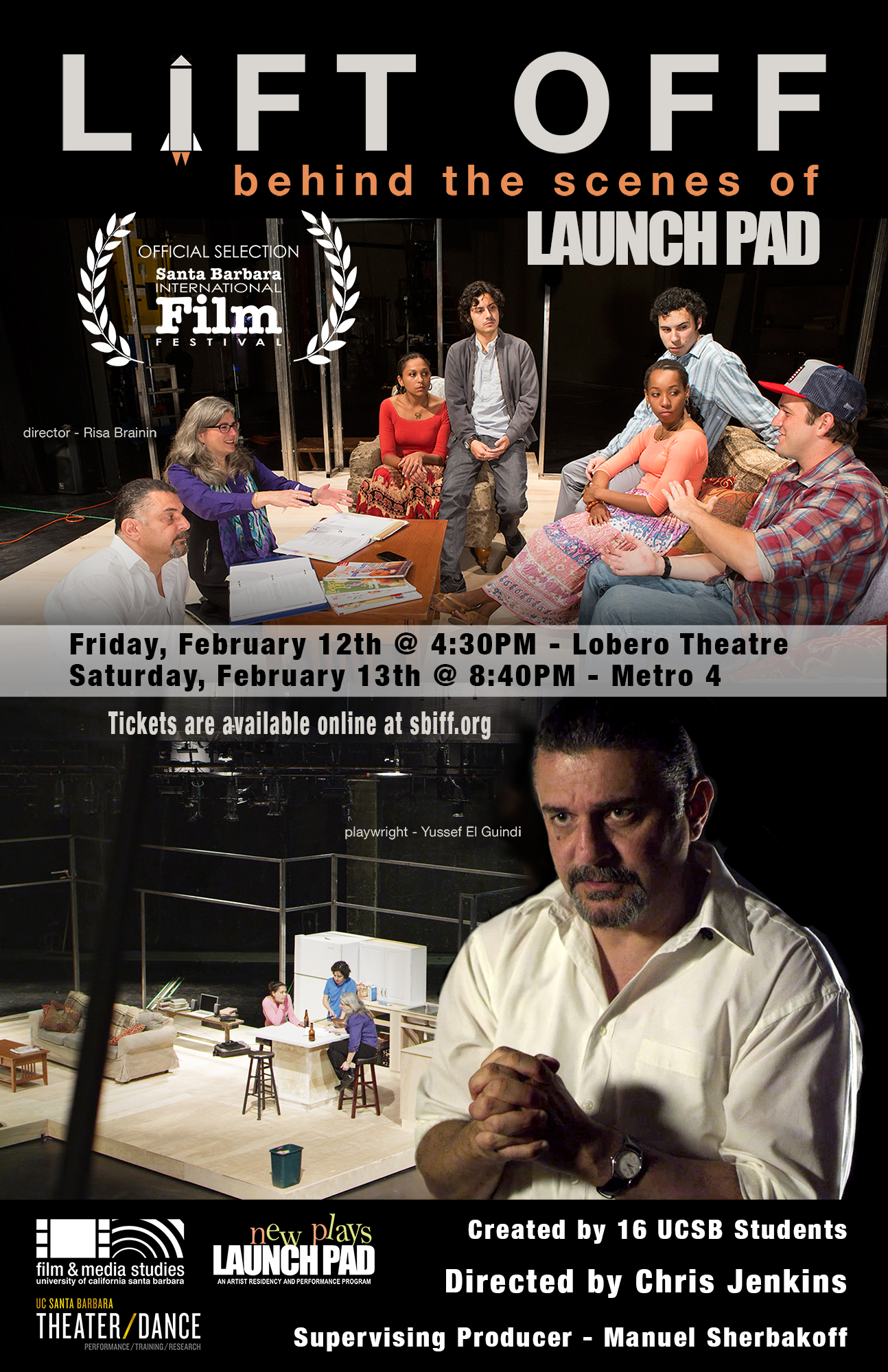 LIFT OFF: Behind the Scenes of LAUNCH PAD, a documentary produced as a collaboration between the UC Santa Barbara Departments of Theater/Dance and Film & Media Studies, will be premiering on February 12th at the Lobero Theatre (4:30PM) and February 13th at Metro 4 (8:40PM) as an 'Official Selection' of the Santa Barbara International Film Festival!

Tickets are available at the link below, a "4 Film Minipak" will allow four people into one screening: share one and bring your friends!
http://sbiff.org/product/4-film-minipak/