Several times each year, professional playwrights are invited to “pop in” for a workshop and one-time reading of their new play. LAUNCH PAD provides a director, actors, and a theater (virtual or in person) ~ playwrights see their work “up on its feet” and in front of an audience, adding valuable insight to the development process.

One Month Along
by Franky Gonzalez
directed by Risa Brainin

A play occurring over several years in reverse chronology exploring the lives of three creatives who navigate the world of theatre, friendship, and infidelity. 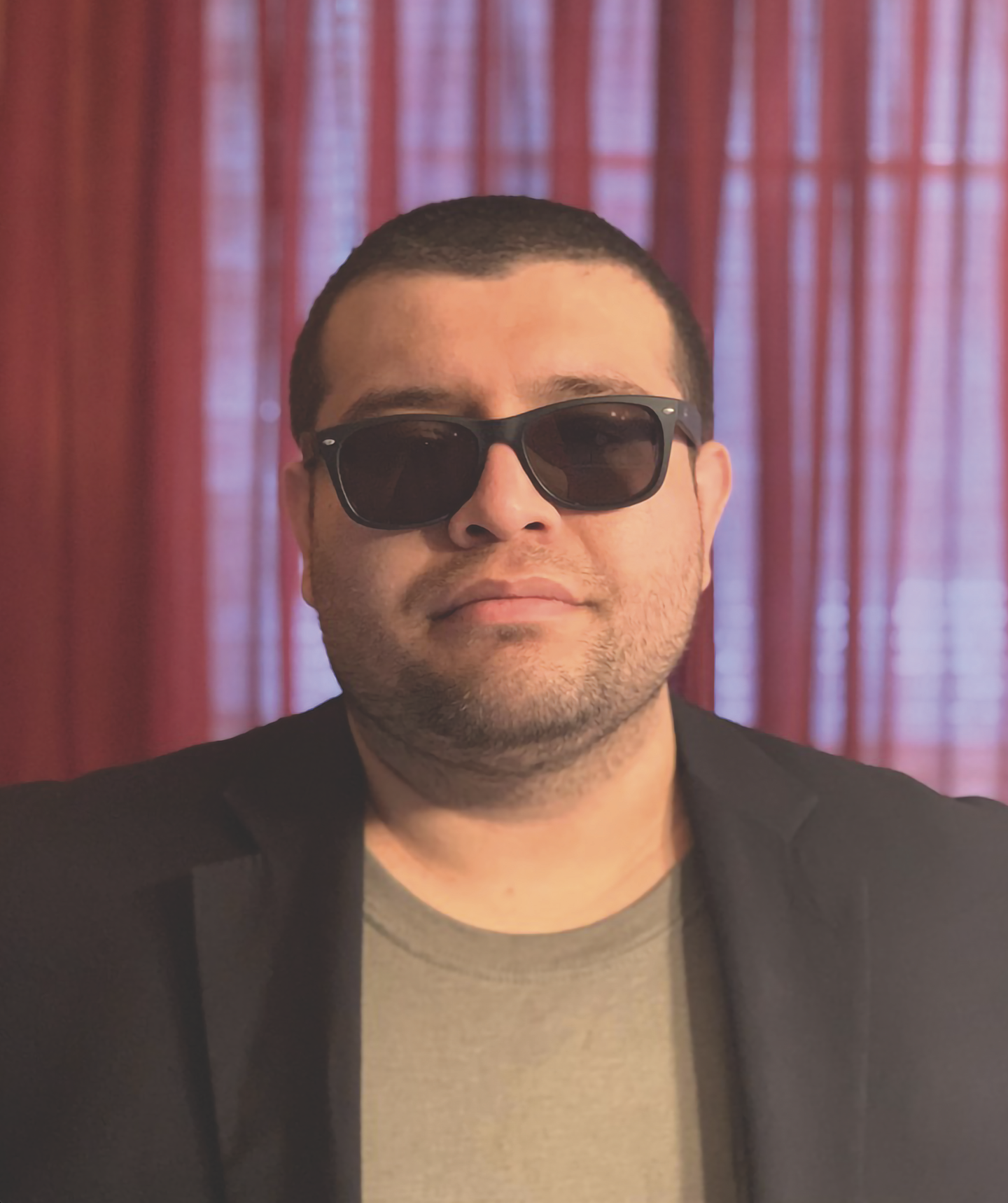 Check back for more details! 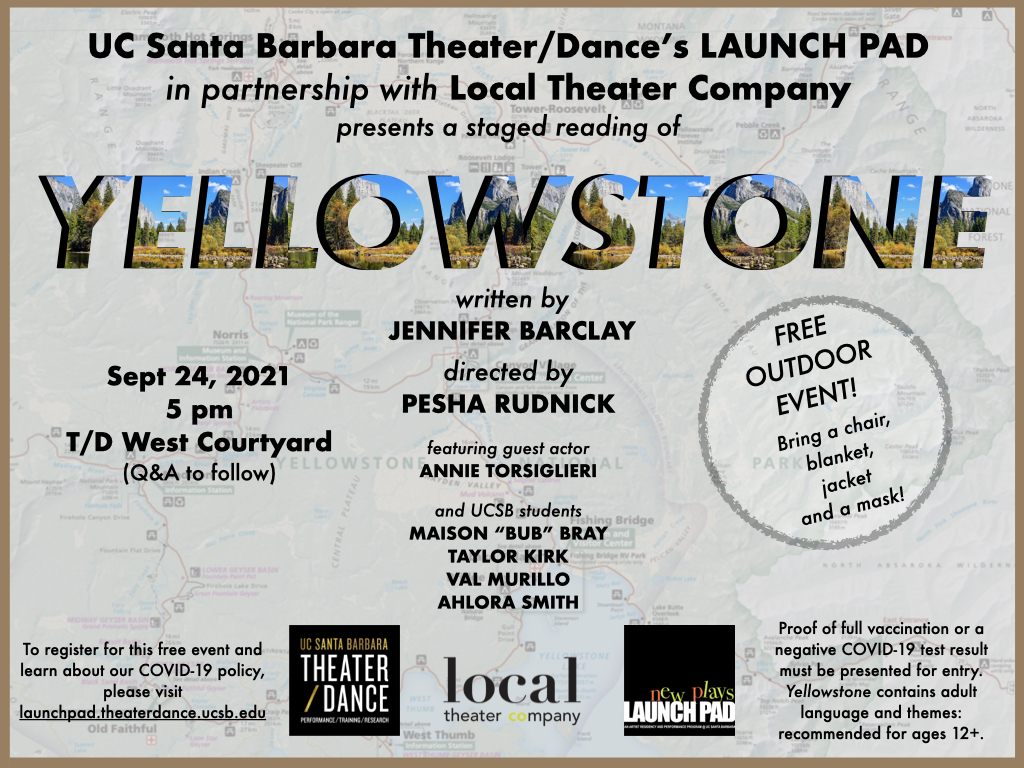 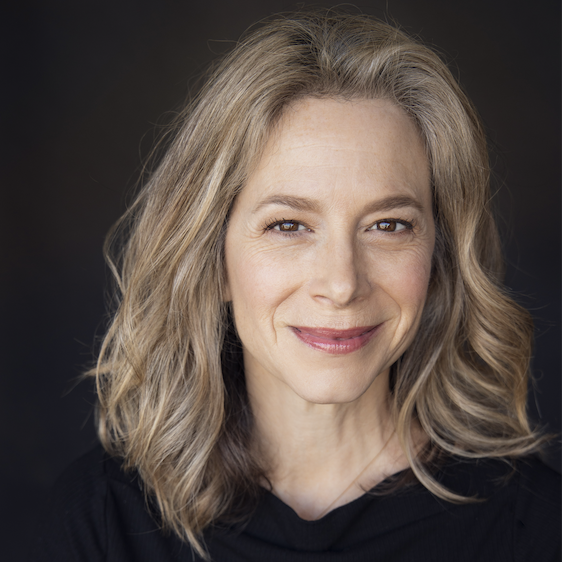 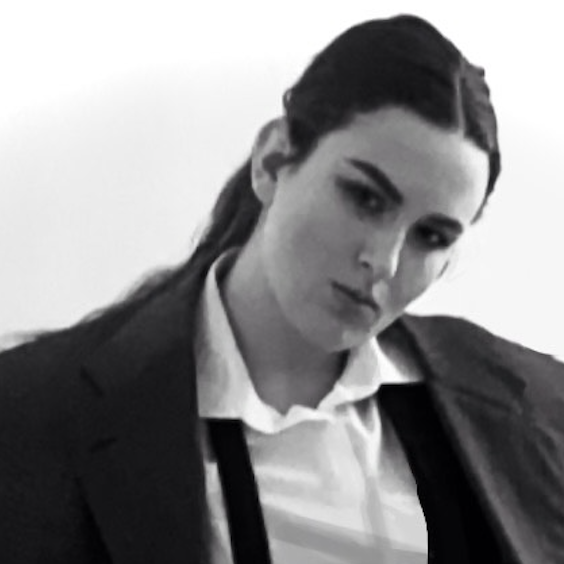 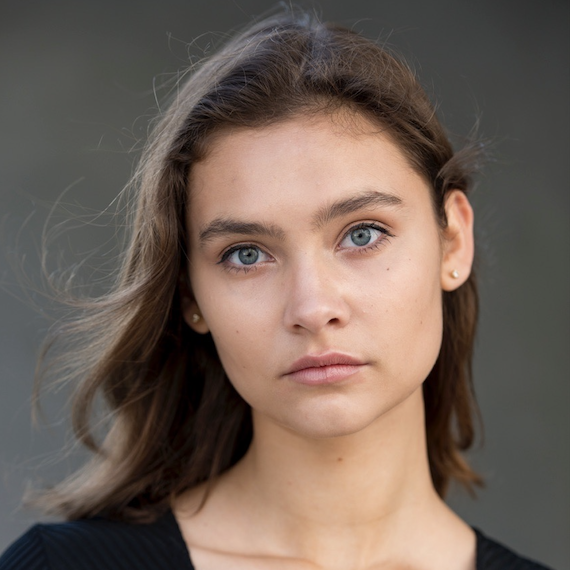 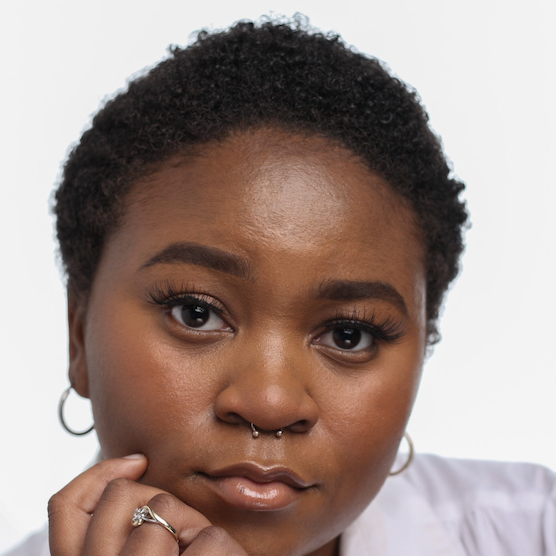 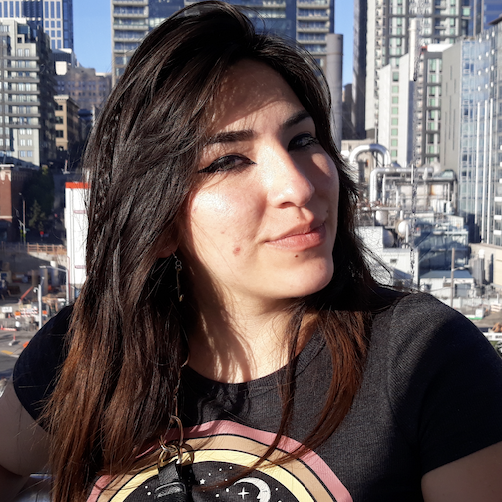 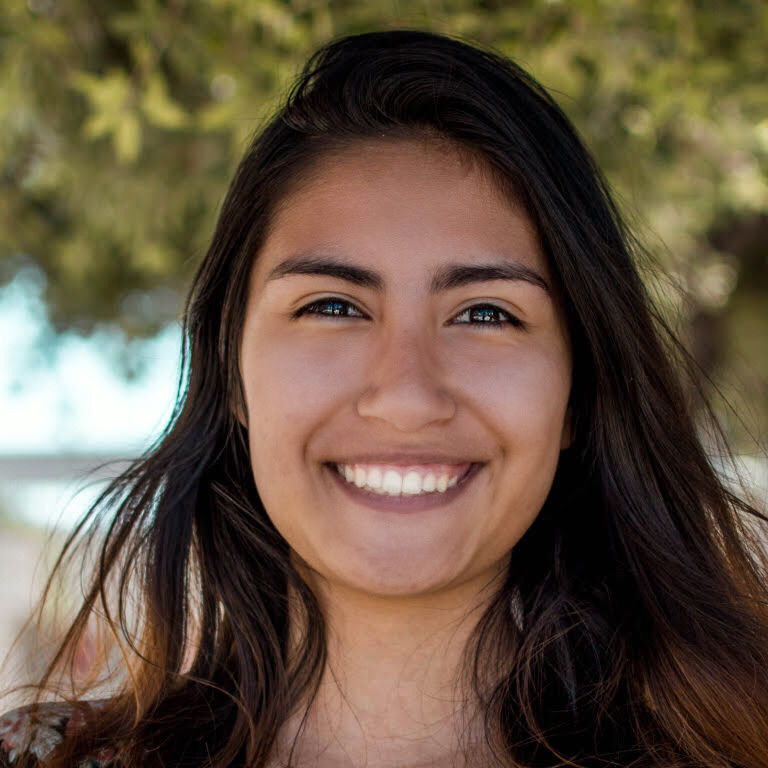 Yellowstone is a dark comedy set in Wyoming, at the border of Yellowstone National Park, and is the first in Jennifer Barclay’s national parks trilogy. We are thrust into the middle of a land-grabbing, fracking fight between a group working-class, rural, conservative white male characters—played by a multiracial company of women. Yellowstone is a multi-leveled, wild ride, giving us a theatrical lens through which we can view both sides of the national political divide. 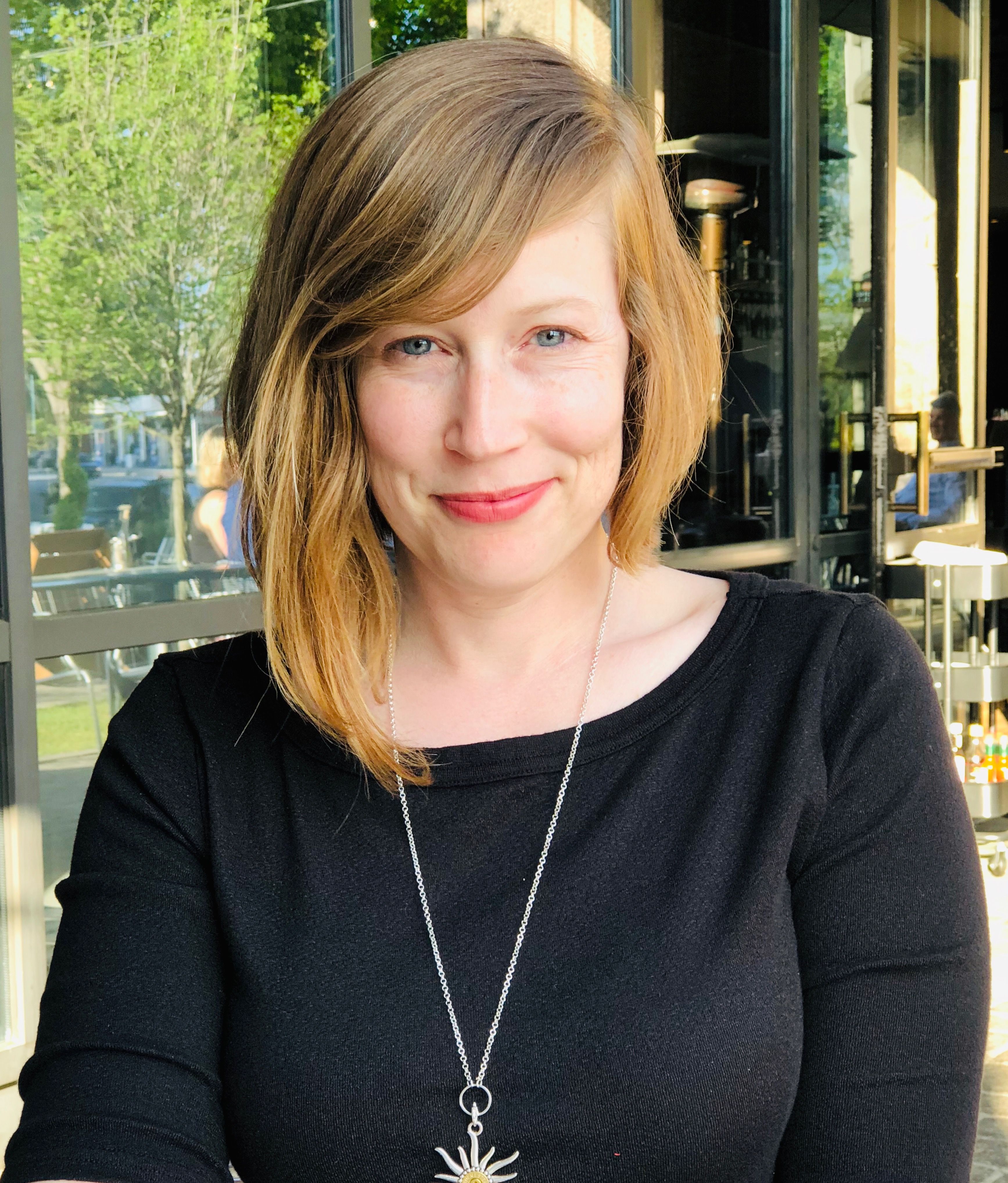 Jennifer Barclay is a Chicago actor-turned-playwright, now living in DC. Her two primary missions as a playwright are to increase the canon of juicy, stereotype-busting roles for women, and to write intimate socio-political stories which inspire curiosity and empathy. Jennifer’s play Ripe Frenzy won the 2016 Smith Prize for Political Theatre from the National New Play Network (NNPN) and a 2018 Dramatists Guild Fund Writers Alliance Grant. Ripe Frenzy was developed at Woolly Mammoth, the 2017 Ojai Playwrights Conference, NNPN/PlayPenn, and had a 2018 NNPN Rolling World Premiere at New Rep in Boston, Synchronicity Theatre in Atlanta and Greenway Court in LA. Her other plays include Hot Little Slice, Housebound, Obscura, Freedom, NY, The Human Capacity, Danny, Red Helen, The Attic Dwellers, Eat It Too, and she is in the midst of developing a trilogy set in the national parks which includes Yellowstone, This Profound Abyss (set in Yosemite) and an untitled play set in Glacier National Park. She is also currently developing a digital interactive, immersive, promenade party-play called Bacchanal. Jennifer’s plays have been produced and developed by Steppenwolf, La Jolla Playhouse, The Old Globe, RedCat, The Kennedy Center, Center Stage, Boulder Ensemble Theatre Co, Andy’s Summer Playhouse, American Blues Theatre, The International Theatre of Vienna and The Edinburgh Fringe, among others. Other awards include: Samuel Goldwyn Writing Award, Kennedy Center National Science Playwriting Award, Pinter Review Gold Medal, BETC New Generations Award. Jennifer has been a Fellow at the MacDowell Colony, the New Harmony Project, the Virginia Center for the Creative Arts, and the Hawthornden International Writers Retreat in Scotland. She has been a playwright in residence at South Coast Rep (2009-10 Shank Playwright in Residence), Center Stage (2016 Playwrights Collective) and Arena Stage (2018-19 Playwrights Arena). Jennifer has a degree in Theatre from Northwestern University and an MFA in Playwriting from UC San Diego, where she studied with Naomi Iizuka. She is proud to be an NNPN Affiliated Artist, a member of the Dramatists Guild, and an Associate Professor of Playwriting and Performance at the University of Maryland.  www.BarclayStudios.com 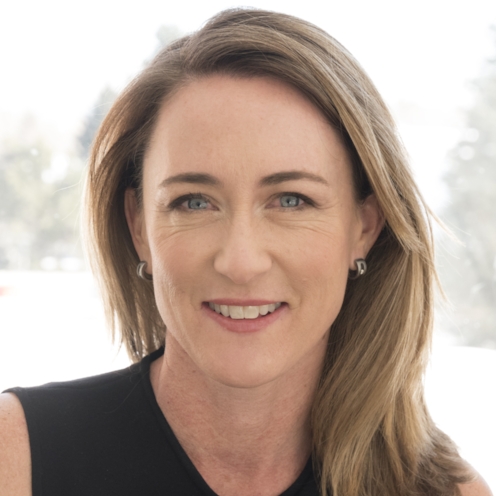 Nationally, Pesha has developed and directed dozens of new works including the world premiere of O.P.C. by Eve Ensler at the American Repertory Theater at Harvard University and 26 Miles by Quiara Hudes at Curious Theater Company. She previously collaborated with Ensler as associate director of the world premiere of Emotional Creature at Berkeley Repertory Theatre and Signature Theatre Center. She has worked at the Oregon Shakespeare Festival, Creede Repertory Theater, Florida Stage, and The Kennedy Center in Washington, D.C and many others.

Pesha is the former associate artistic director of Theater Master's National MFA Playwright's Festival (59E59, Atlantic Stage 2, Rattlestick Playwrights Theater, Wild Project, Theatre Row, and the Aspen Institute). For six years, she served as the associate director of education at Cornerstone Theater Company in Los Angeles. She holds a bachelor’s degree from the University of California, Berkeley, and a master’s degree from New York University. Pesha is Drama League Directing Fellow and a member of the Stage Directors and Choreographers Society.

Want to know more about Pesha’s passion for live theater?  Visit her website pesharudnick.com or watch her TEDx talk on "The Danger of Live Theater." 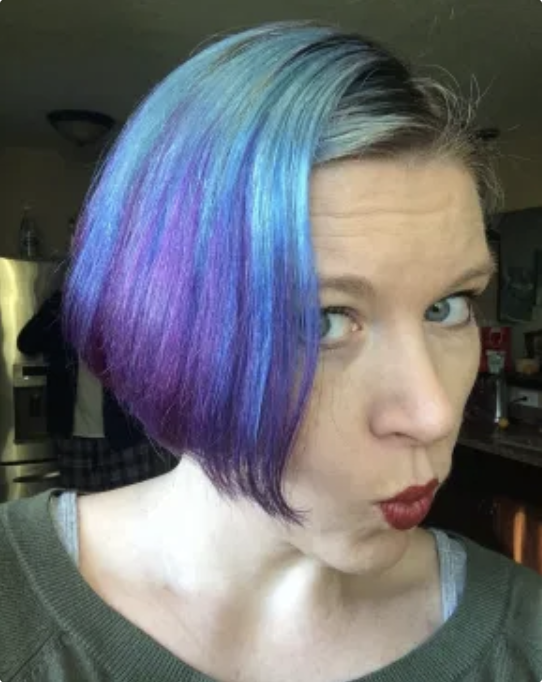 Kimberly Colburn is based in Toronto and is available for organizational or individual consulting, story editing, and dramaturgical work of all varieties (with the legal ability to work in the U.S. or Canada). Click here for a full list of previous dramaturgical work. She is also a skilled event manager, producer, administrator, and community builder.

Until her immigration to Canada, she was the Literary Director of South Coast Rep (SCR), where she co-directed the Pacific Playwrights Festival and led the CrossRoads commissioning program. Her recent dramaturgical work at SCR has included the world premiere productions of Poor Yella Rednecks by Qui Nguyen; Little Black Shadows by Kemp Powers; A Doll’s House, Part 2 by Lucas Hnath; Going to a Place Where you Already Are by Bekah Brunstetter; and Orange by Aditi Kapil in addition to Zoey’s Perfect Wedding by Matthew Lopez at Denver Center Theatre. Formerly, she was the literary manager at Actors Theatre of Louisville, where she was the dramaturg for the world premieres of Partners by Dorothy Fortenberry, The Roommate by Jen Silverman and Dot by Colman Domingo, among others. Prior to that, she was the associate literary director at SCR and dramaturg for the multi-year, community based Dialogue/Diálogos Project, among dozens of other productions and readings.

She has worked with companies including Los Angeles Opera, Mixed Blood Theatre, Oregon Contemporary Theatre, Artists at Play, The Playwrights Center, the Eugene O’Neill Playwrights Conference, and Native Voices at the Autry. 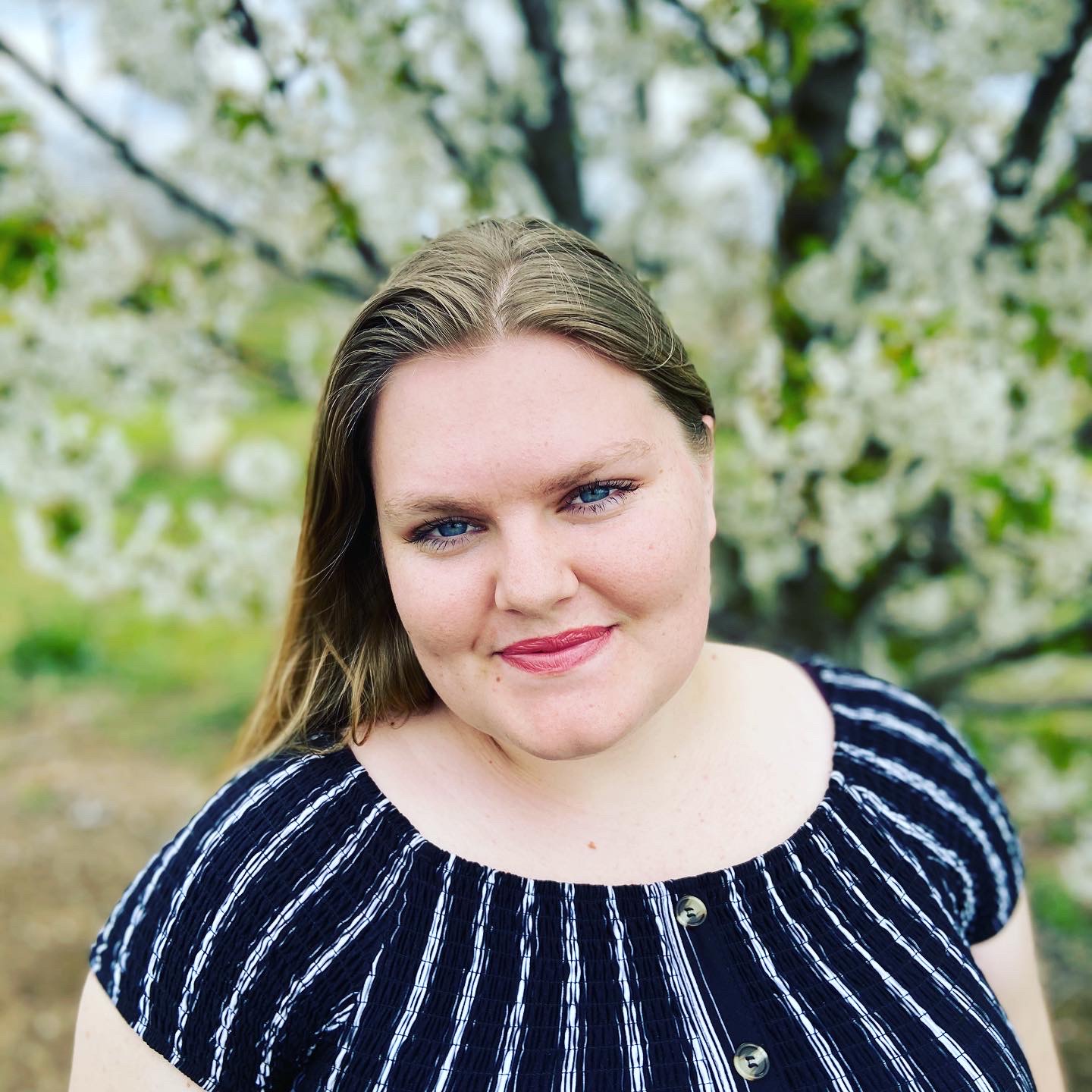 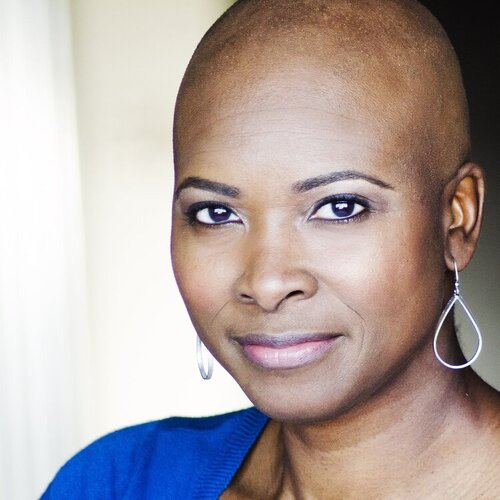 Betty Hart has acted in Local Lab and has facilitated audience conversations and salons for Local Theater Company. In 2020, Betty directed Josh Kroenig’s Vroom Vroom for Local Lab, which audiences never saw due to the theatre wide shut down. In June 2021, Betty directed the one person play An Iliad for Creede Repertory Theatre (CRT) and in spring, directed a virtual offering of To the Moon by Beth Kander for CRT as well. In spring of 2021, Betty directed an original devised theatrical film for the University of Northern Colorado called 2020 Speaks. Upcoming projects include directing Polaroid Stories for Metropolitan State University, By the way, Meet Vera Stark for the Fine Arts Center at Colorado College, Once on this Island for Town Hall Arts Center and Blackademics for Vintage Theatre. In November of 2020, Betty gave a Ted Talk on compassion culture instead of cancel culture. You can view the talk here. 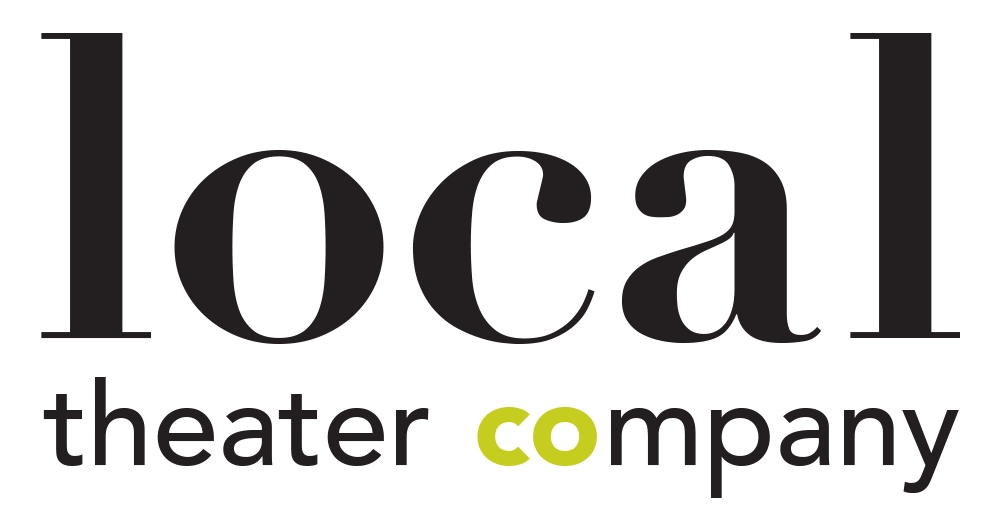 Special thanks to everyone at Local Theater Company

Read about Yellowstone in Noozhawk's article by Jim Logan 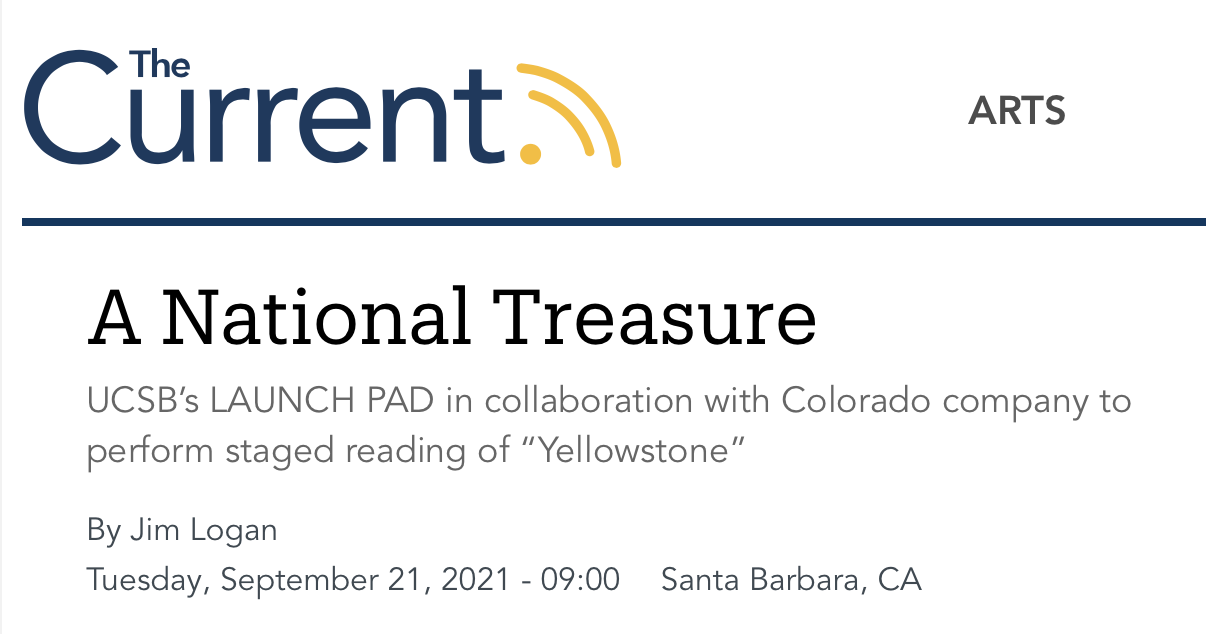 Read about Yellowstone in UCSB's The Current

Blue Jay Singing in the Dead of Night 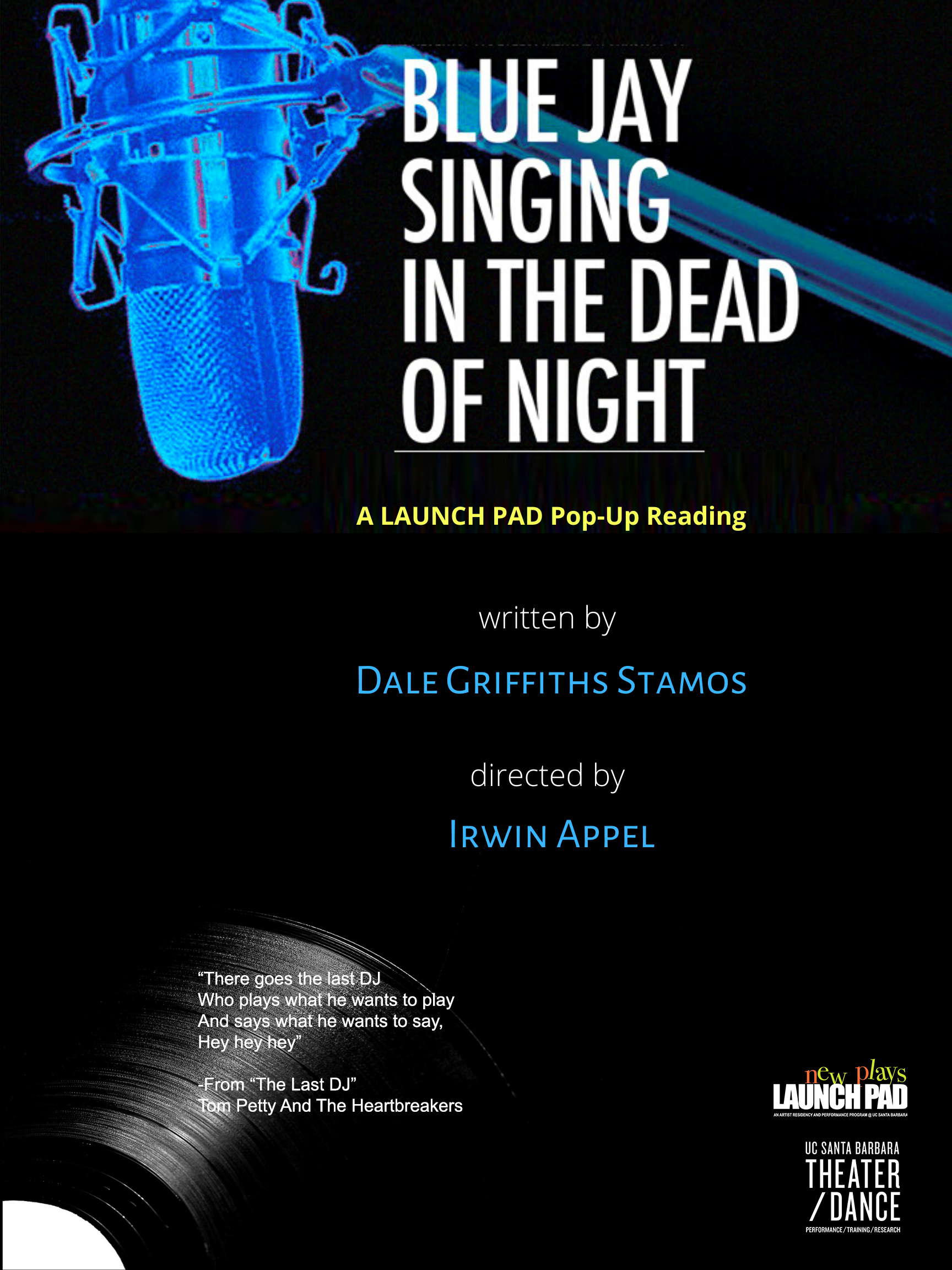 Blue Jay Singing in the Dead of Night is the story of Jay Jarrell (the “Blue Jay”), a once popular disc jockey from late 60s, early 70s FM "Freeform" radio who finds himself in 1976 navigating the changing world of FM radio with its market-driven strict playlists and minimal talk. On top of that, he's been relegated to the graveyard shift and to working with an engineer, Max, who is determined to squeeze him into the all-gloss, no substance mold of the new FM DJ. Jay and his colleagues at the station struggle against these new realities, each choosing his or her own path through the challenge. Jay must ultimately make a difficult choice between hanging on to his career or preserving his artistic integrity. 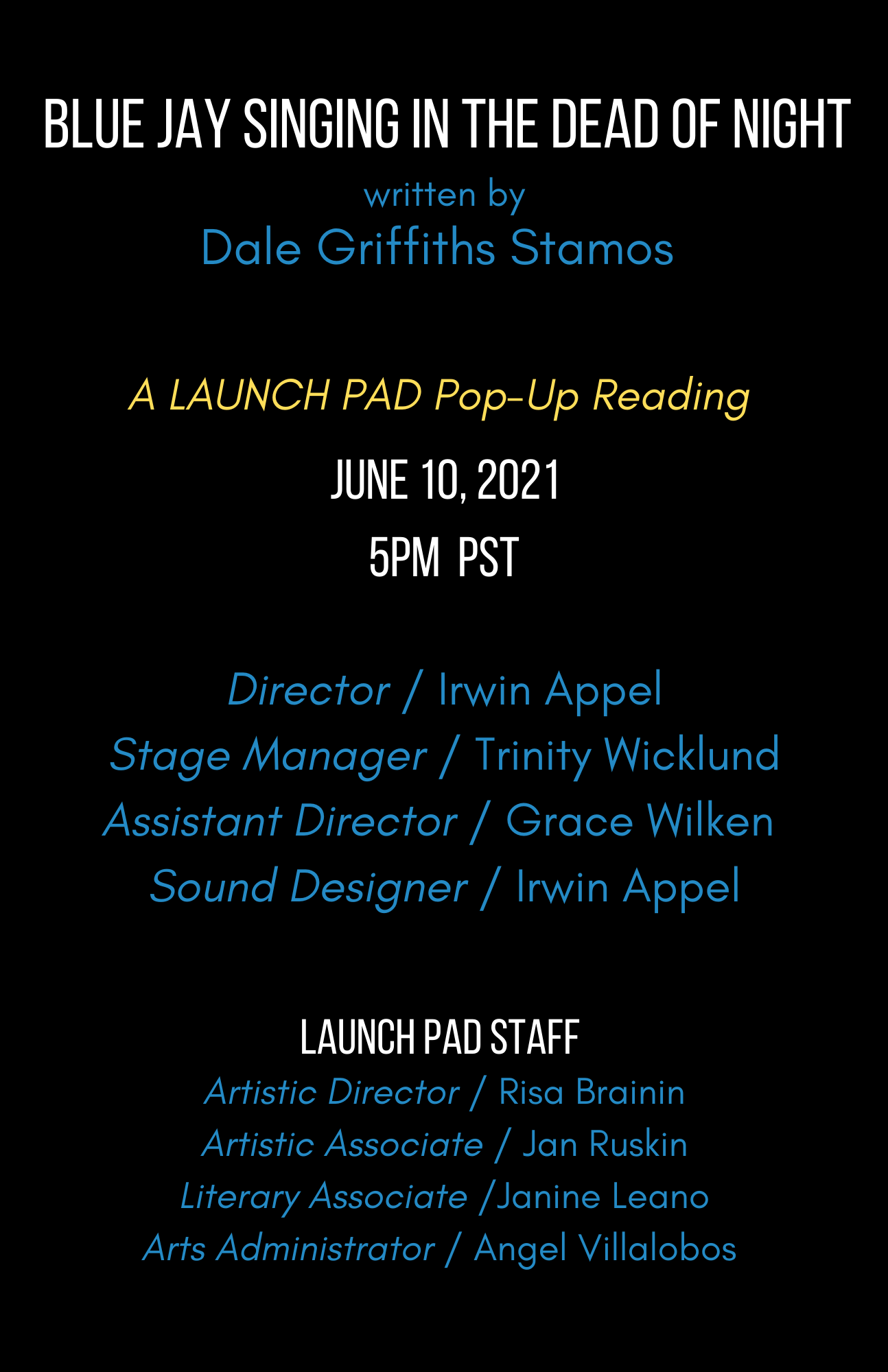 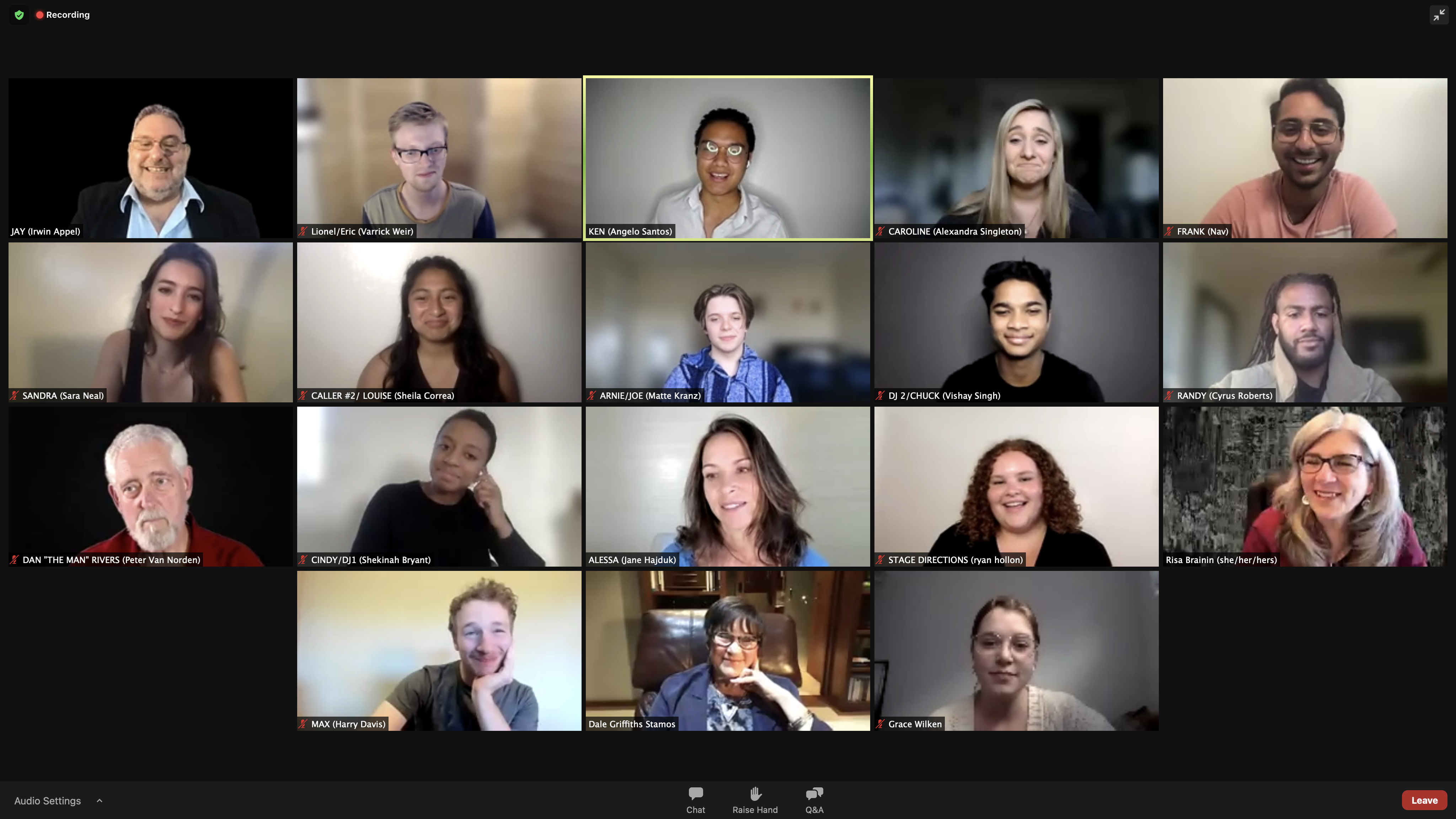 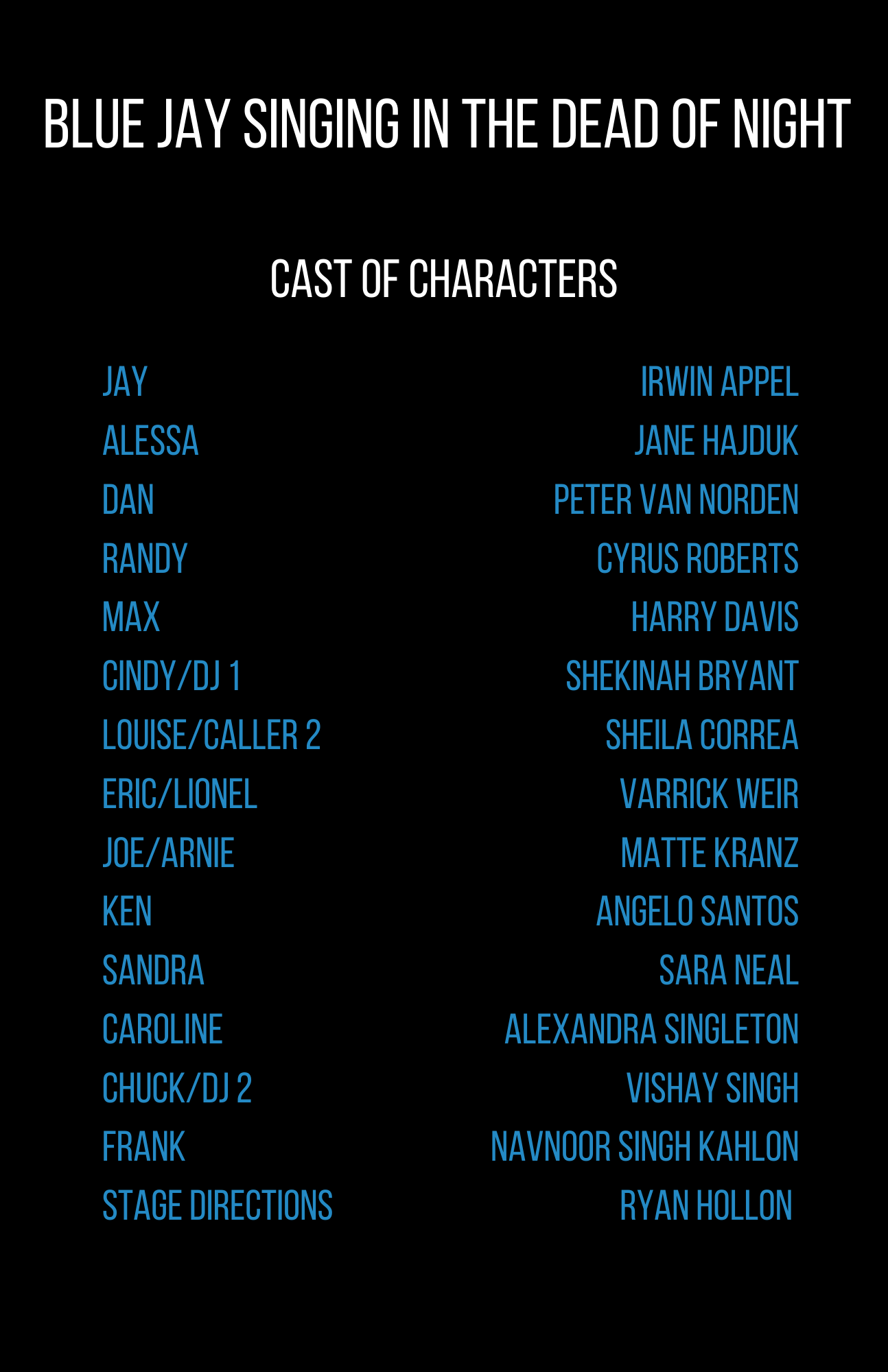 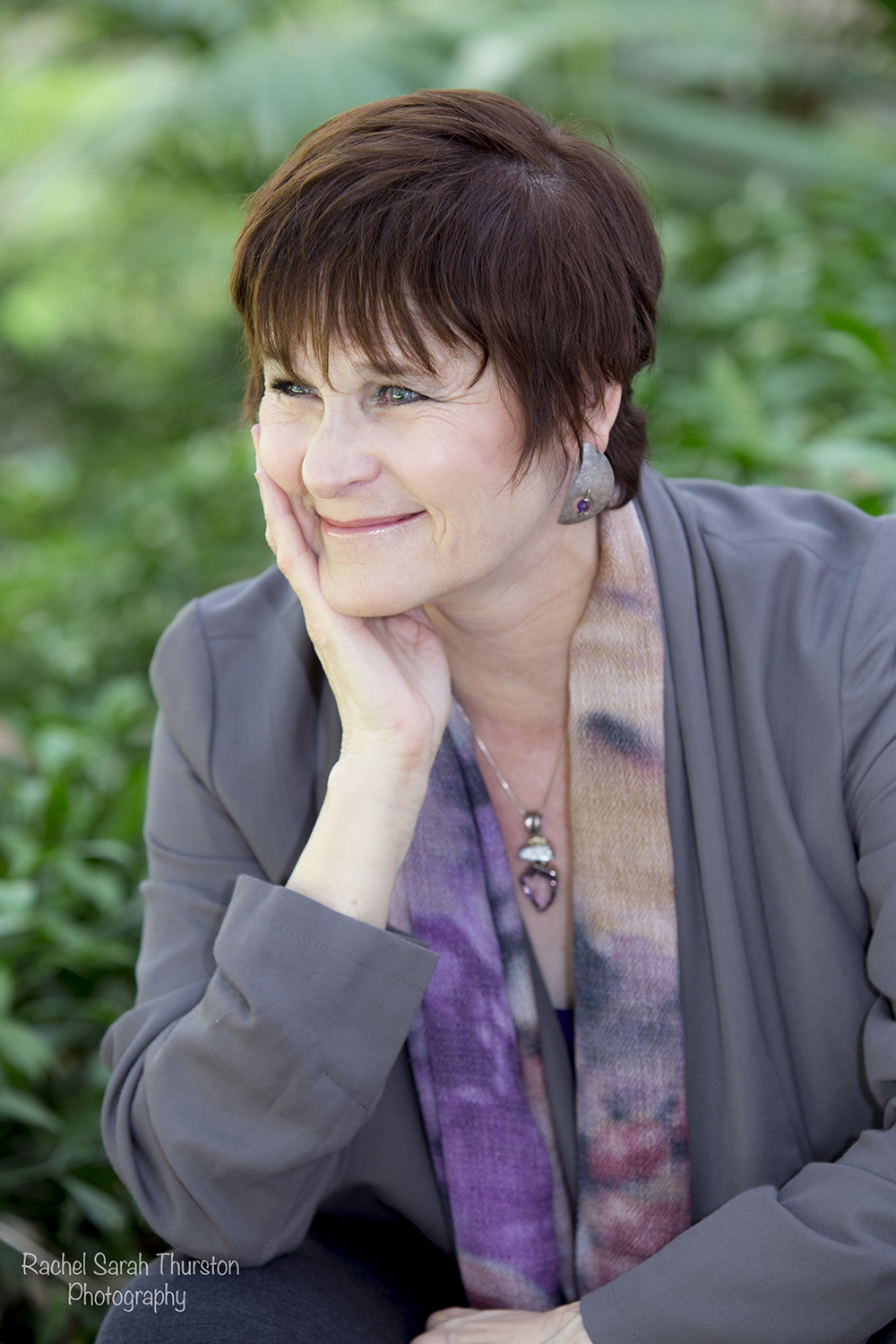 Dale Griffiths Stamos (she/her/hers) is an award-winning playwright, screenwriter, director, nonfiction author and writing teacher and consultant. She has written six short films, three of which she directed. They have all gone to multiple film festivals and have garnered two Audience Awards, three Jury Awards, a win for Best Screenplay, and nominations for Best Short Film and Best Director. Three of her shorts also won Awards of Excellence from Best Shorts Competition. Her feature length screenplays have been named as finalists or semi finalists in various competitions including Story Pros, Creative World Awards, and New York City Screenplay Awards, among others. As a playwright, her short and full length plays have been produced in Los Angeles and throughout the United States. She is the recipient of the Heideman Award from Actors Theatre of Louisville and is a top ten winner, twice, in the Writer’s Digest Stage Play Competition. Dale also co-authored the book RenWomen: What Modern Renaissance Women Have to Teach Us About Living Rich, Fulfilling Lives, which features 16 extraordinary multifaceted women. 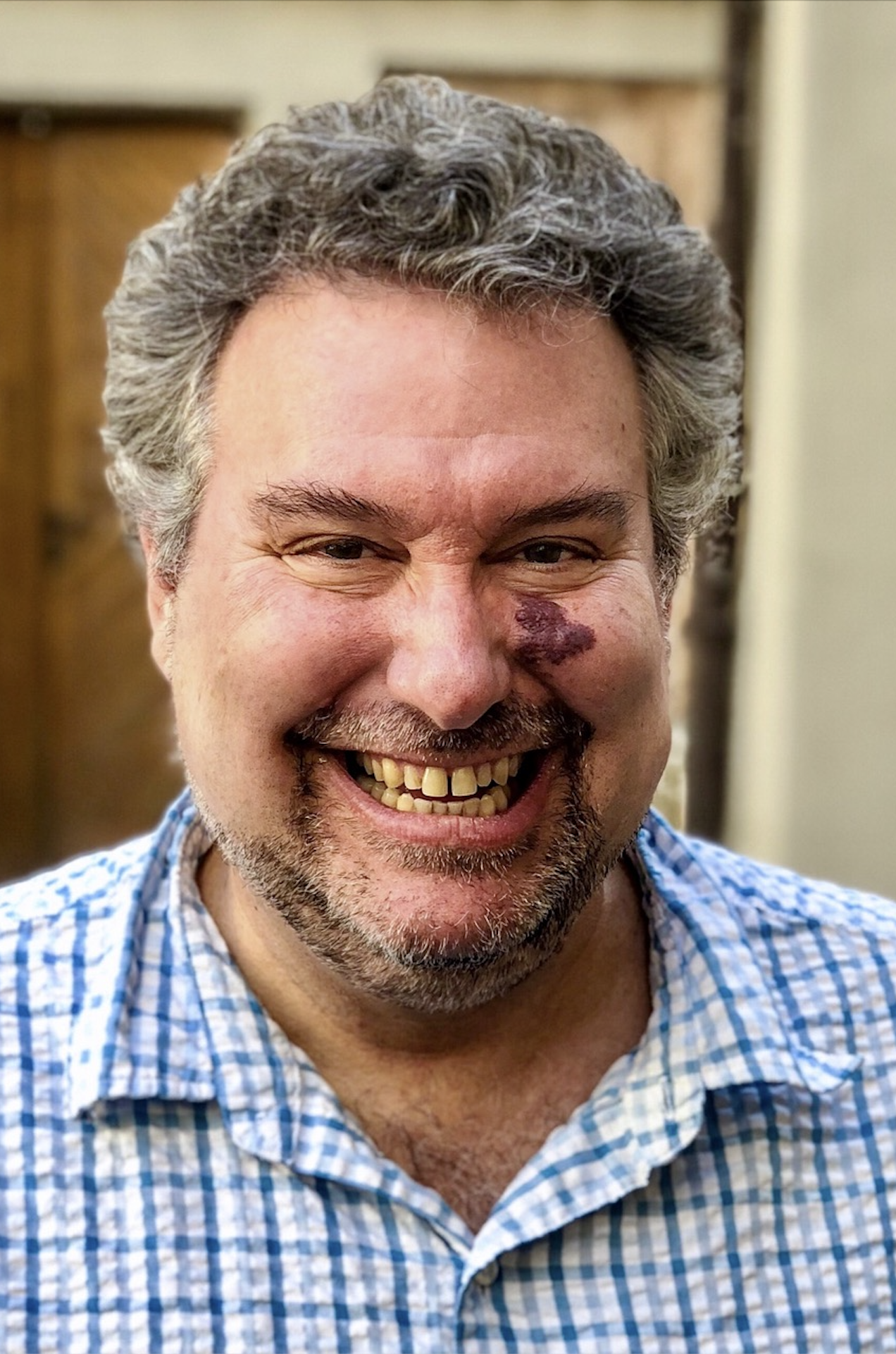 Irwin Appel (he/him/his) is Professor and Chair of the Department of Theater and Dance at UCSB. He is thrilled to once again join Risa Brainin and LAUNCH PAD after having acted, directed and composed original music for two different plays in Alone, Together, as well as having played the role of Mr. Hinkley in The People’s Guide to History in the Time of Here and Now, by Rehana Mirza in the recent BIPOC Reading Series Festival. He also originated the role of Aunt Chuck in LAUNCH PAD’s preview production of James Still’s Appoggiatura, and has participated in many LAUNCH PAD readings by Joyce Carol Oates, Cheryl L. West, Barbara Lebow, Anne Garcia-Romero,Alison Tatlock, Jenny Mercein, William Davies King, Christina McMahon and others.
As a director, Equity actor and composer/sound designer, he has worked throughout the United States, and internationally in China and Europe. He is the artistic director of Naked Shakes, which presented his premiere adaptations of Shakespeare’s history play called The Death of Kings, as well as Immortal Longings, combining Shakespeare’s Julius Caesar and Antony and Cleopatra and George Bernard Shaw’s Caesar and Cleopatra into one play for Naked Shakes’ 15th anniversary season in Fall 2020.  He is a graduate of Princeton University and The Juilliard School.  www.deathofkings.com 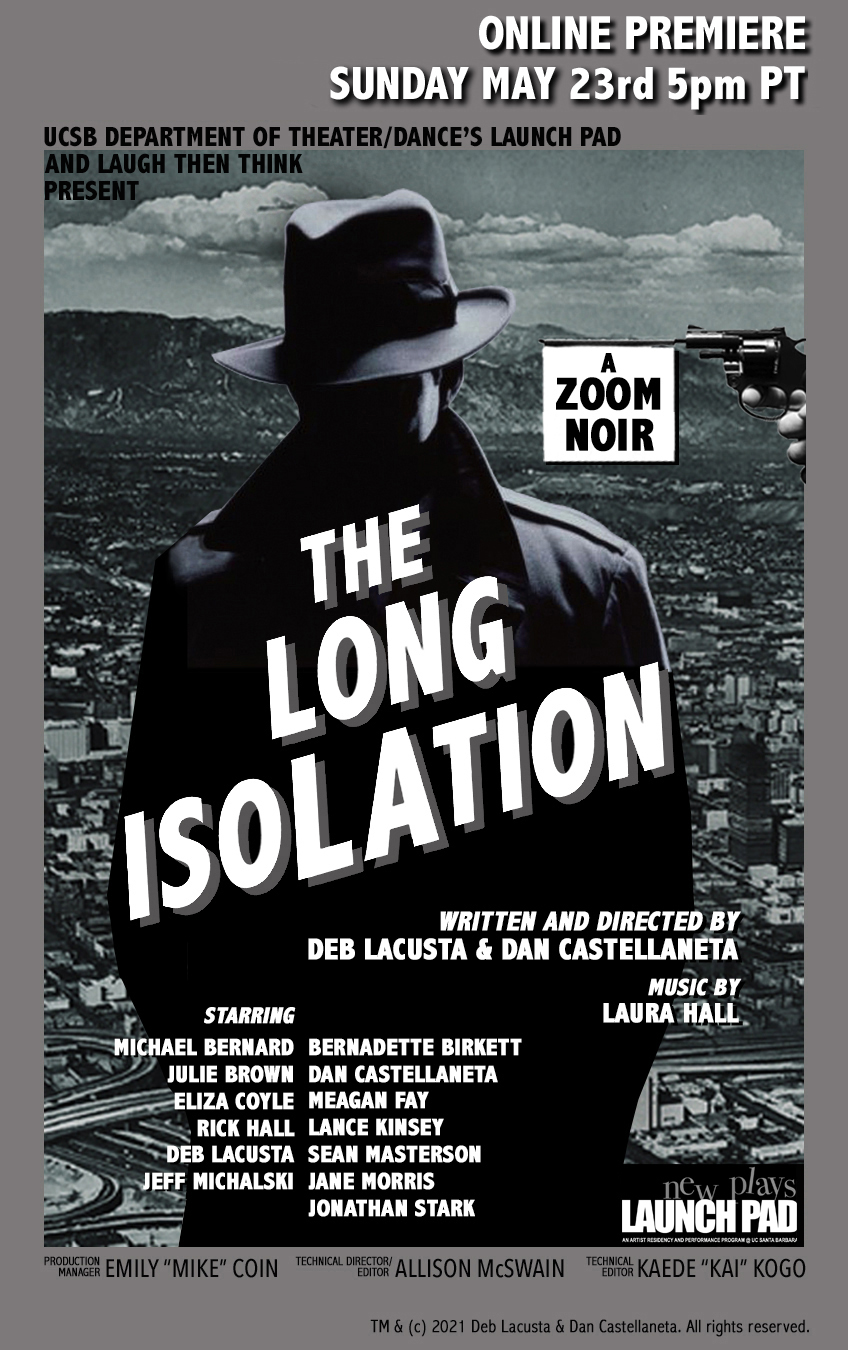 Los Angeles. A place where the sun shines too bright. And the rain falls too hard. And Marlowe Phillips, Private Detective, sets out to solve the case of the missing Fishfeld  — only to encounter a duplicitous, dubious cast of characters — and murder. When classic noir collides with the remote technology and green screen of these socially-distanced times, the result is this deadpan homage to “Lady and the Lake” — all shot from the Detective’s POV.

Written and Directed by Deb Lacusta and Dan Castellaneta (Writers, “The Simpsons”). Performed by improvisational comedy company THE IMMEDIATE THEATER, Los Angeles, whose members include alumni of The Second City, The Groundlings, and The Spolin Players. Music by Laura Hall. (“Whose Line Is It Anyway?”)

Collections of Nothing Enough is Enough

Collections of Nothing delves into the mixed-up mind of the mega-collector and asks
of that massive pile of stuff - thoughts, feelings, and jokes - the crucial question facing
us all: What next?

This event was sponsored by the Interdisciplinary Humanities Center.
Read more about the event here. 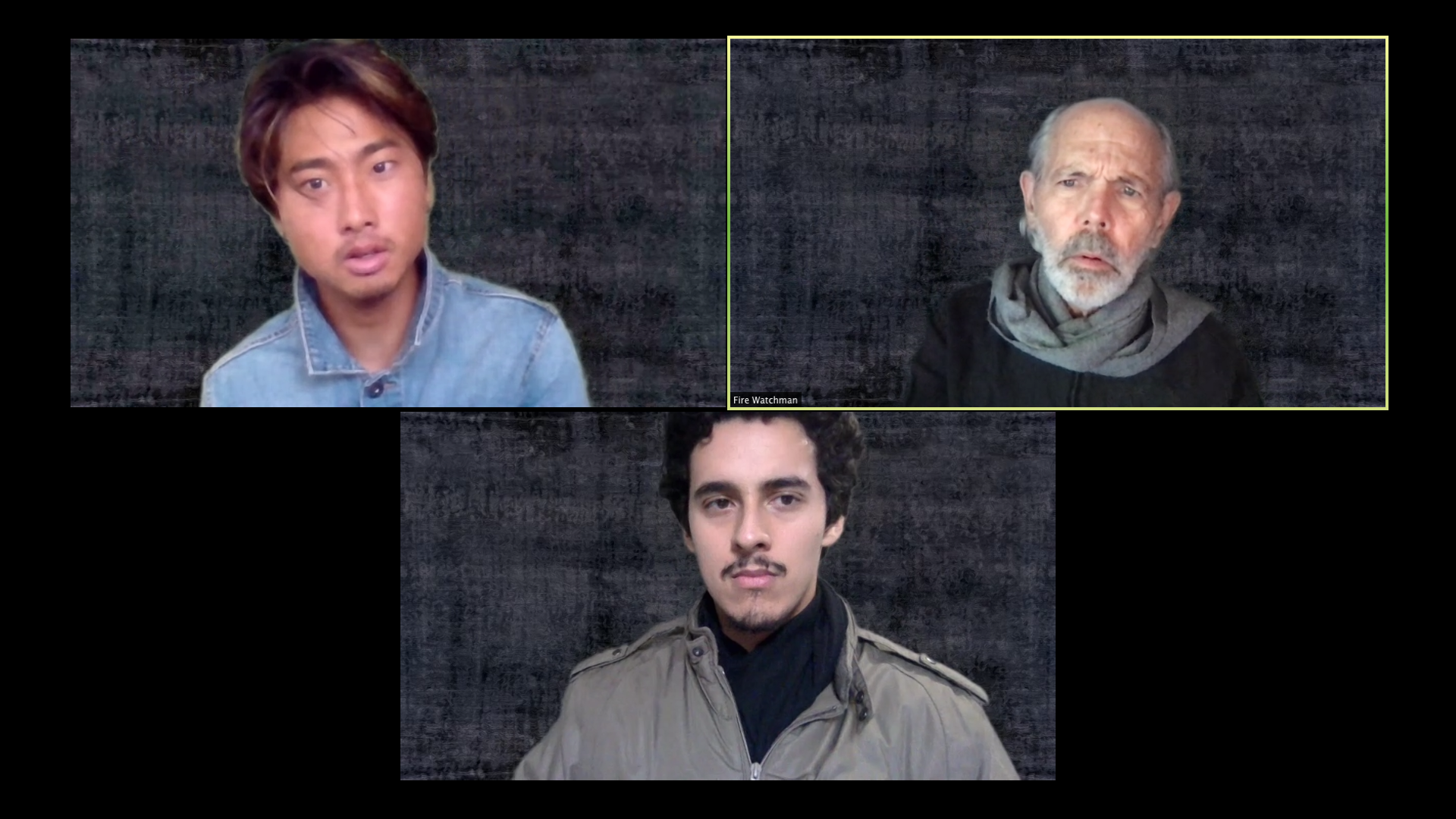 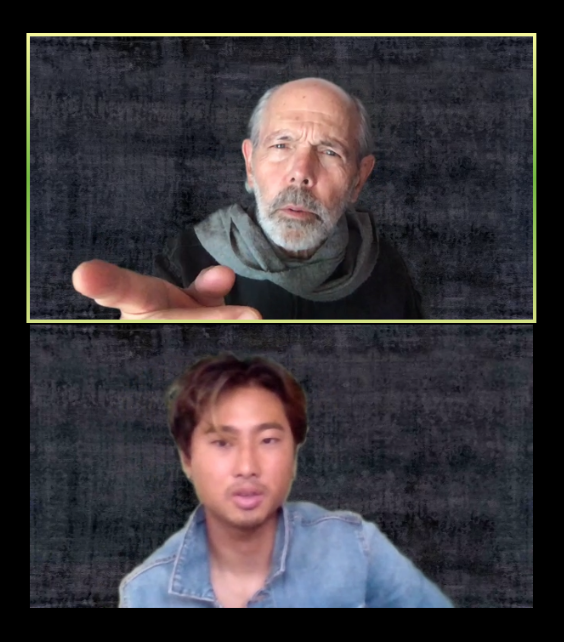 The Son (Musuko) by Japanese playwright, theatre director, and teacher Osanai Kaoru, is a one-act play which tells the story of a vagabond son returning home to see his father. Written by the “father of modern Japanese theatre” in the 1920s, this play was one of the early attempts in the new genre of shingeki, or “new theatre,” the Japanese term for Western modernist drama. Filled with pathos, longing, and missed opportunities, The Son illustrates how Japanese artists adapted and transformed Western styles of playwriting to fit their new paradigm. Translated by David Jortner, this is the first English translation of this important text.

Read more about the play and the cast here. 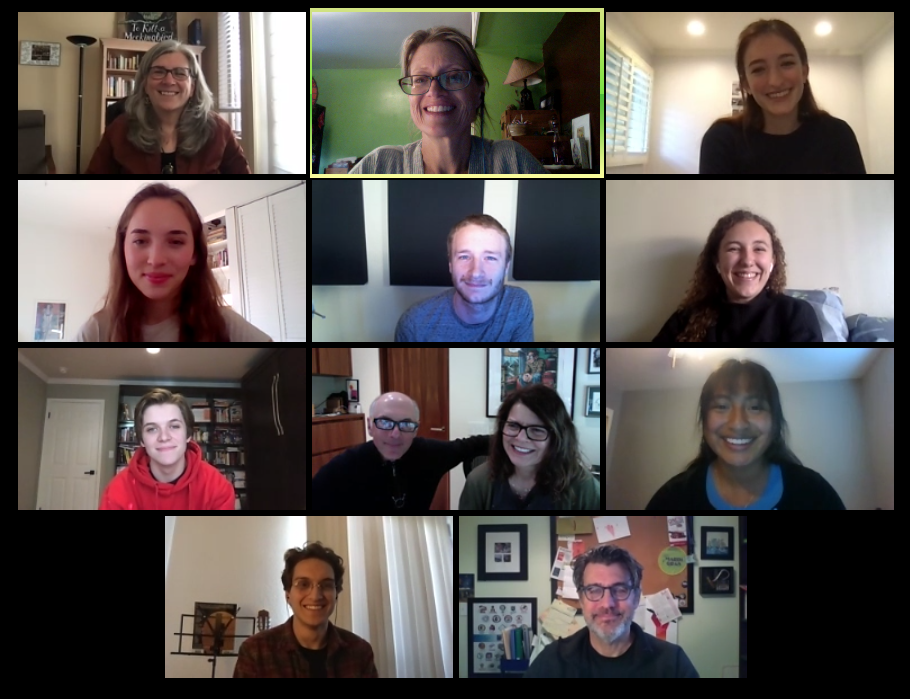 After having been canceled due to the
coronavirus outbreak, Fortunes was
rescheduled as LAUNCH PAD’s first-ever
virtual workshop and staged reading.
Presented on Zoom, Fortunes was
attended by over 75 virtual audience
members and has “set the stage” for
more online collaborations. 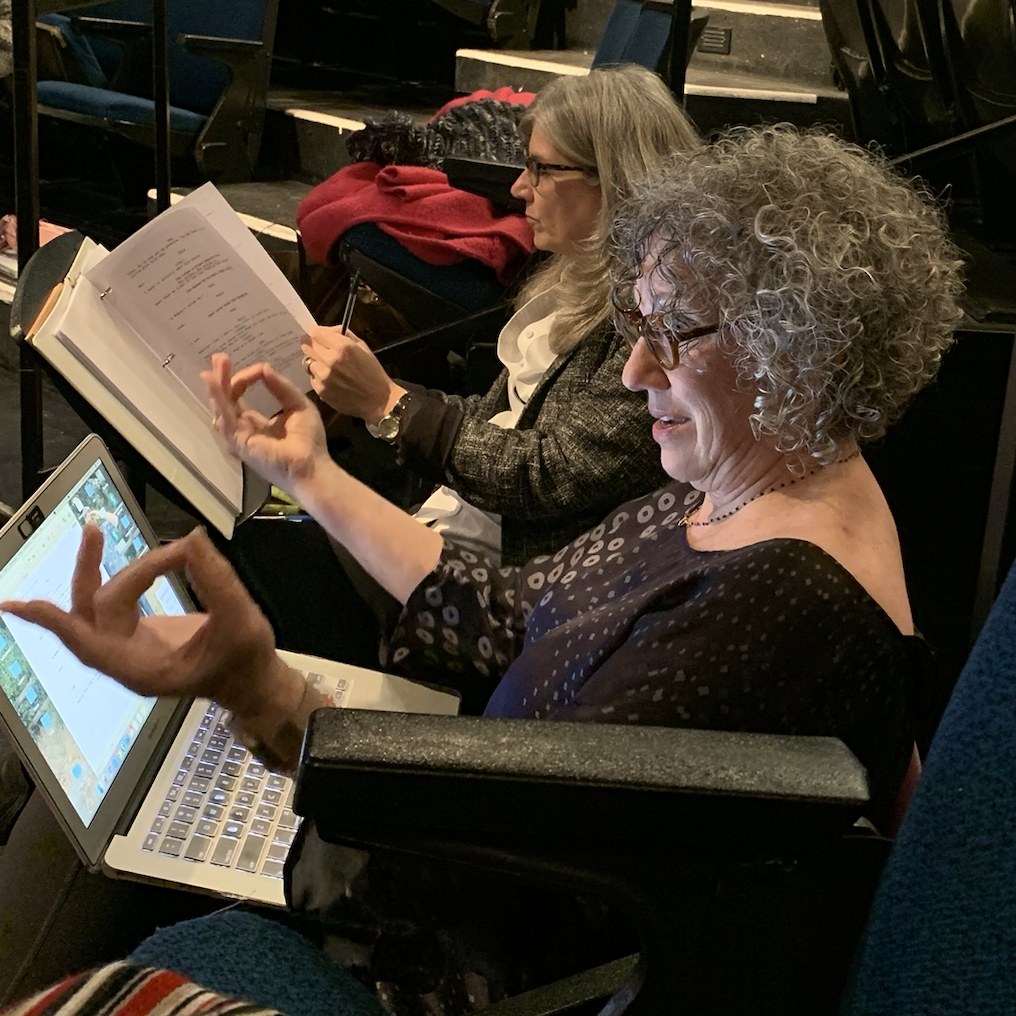